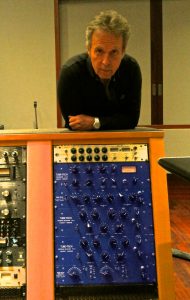 Marcello gave us this statement:

“There aren’t so many pieces of gear I think I couldn’t work without, and certainly the Tube-Tech CL 1B and the PE 1C are on the top of that list.

There is almost no compressor I can think of that glues and smoothens out vocals like the CL 1B does; it makes them sit perfectly in the mix while still sounding so natural and even.

And when i need a very fat, rock-solid bottom end or a shimmering top end, the PE 1C are absolutely my go-to equalizers.

Thank you Tube-Tech for making so nice and musical gear!!!”

All the best!!!
Marcello Spiridioni