Al Schmitt: An outstanding career in sound. One of the most impressive CV’s in the business

Producer/engineer Al Schmitt started his love affair with audio way back in 1956, so when The Rolling Stones played their first gig, he was already 6 years into his career. When describing his impact on the music business, we might start with a couple of numbers, such as 21 Grammy Awards and more than 160 gold and platinum records.

Al Schmitt on Tube-Tech
With a resume like his, Al Schmitt is a guy whose opinions matter a lot, which is why we are ever so enthusiastic about having him aboard as a Tube-Tech user. In his own words:

“I use a lot of the TUBE-TECH equipment, but I use the SMC 2B on everything. That’s my favorite, although I love all their gear. I usually use it when I’m mixing. I use it on specific instruments and sometimes I use it strapped across the two-track bus. I use very little compression; just a tiny bit – maybe 1dB all the way across. I use it more for the sound, because it just sounds so good. What I basically like is the warmth.”

Al has had his SMC 2B for about four years, he reports, but has been using TUBE-TECH equipment for decades. “I did a Willie Nelson recording years and years ago where I used a TUBE-TECH preamp and compressor on his vocal, which worked great.” Going full circle, Schmitt is currently working on a new project with Nelson, as well as one with Barbra Streisand, both using the TUBE-TECH stereo multi-band compressor. 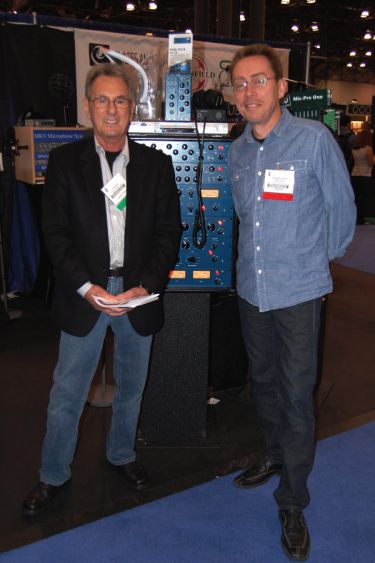 When Al conducts the one-week “Mix With The Masters” seminars, he’s making good use of his trusted SMC 2B, and after the course, all participants normally states that they would go and buy one!!

At the 2011 AES show in San Francisco, we had the opportunity to talk to Al about his use of Tube-Tech,
in particular the SMC 2B – his view on the SMC basically boils down to: “It sounds wonderful – I use it all the time.”

Scanning his discography – which would take a long time, by the way – it’s tough to settle on a singular high point. That’s because Schmitt’s decades of award-winning work read like a trip through musical history.

Mix with the Masters