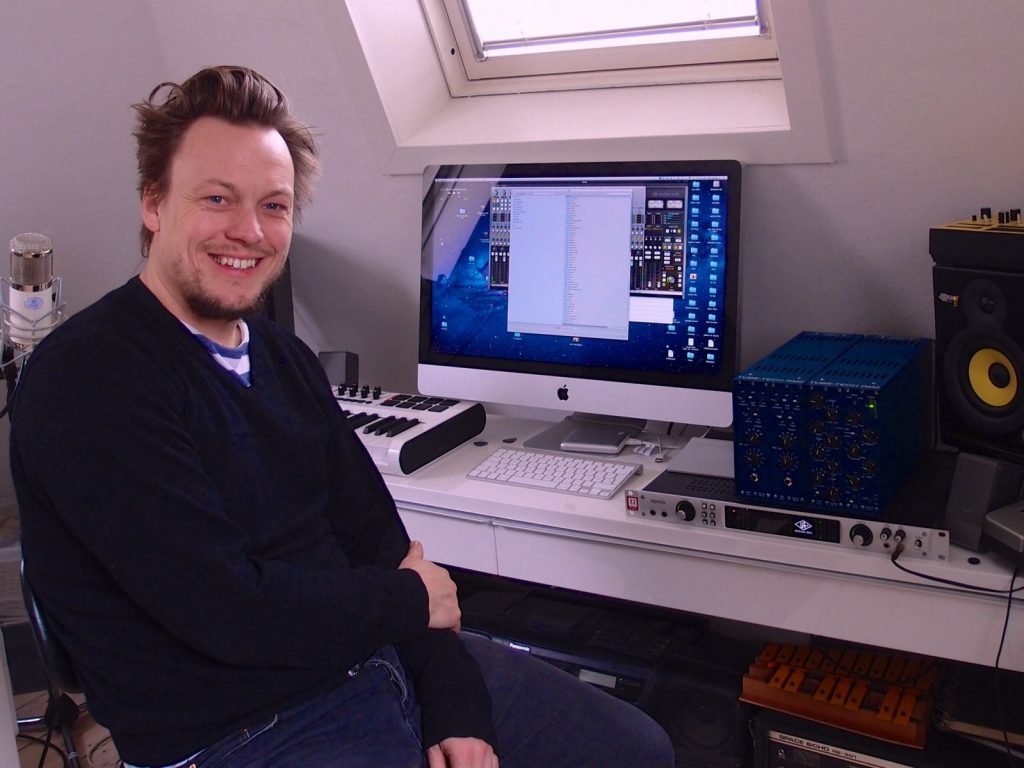 John Garrison at his small “Tower” home studio in central Copenhagen. John is running Logic on his Mac and has recorded his latest Satelittes album, Wasteland, using two TUBE-TECH RM2 Racks feeding the line inputs of his Apollo interface.

For acoustic recording John is using an Opal OM7 Microphone connected to the PM 1A,  and for his bass and keys he’s just plugging into the PM1A DI.

John owns a very nice collection of great basses and guitars plus a couple of nice classic analog keyboards and an old upright piano.

John also does a great deal of session work and using the TUBE-TECH mic pre’s and DI makes him able to deliver top quality to the different artists he’s working for.