CL 1B for all vocals on Tyrese Album: Black Rose 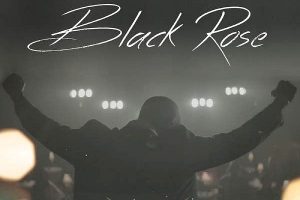 Richard Furch used a Tube-Tech CL 1B compressor to add “Blanket of Awesome” to Tyrese Gibson’s vocals on his chart-topping album.

Multitalented actor, model, and musician Tyrese Gibson’s latest – and perhaps last – studio album, Black Rose, made its debut in early July 2015 at the #1 position of the Billboard 200, the Top Hip-Hop/R&B Albums and the Top R&B Albums, as well as on top of the album charts on iTunes in fifteen countries and on the new Apple Music service, preceded by its two chart-topping singles, “Dumb S**t” and “Shame.”

Sought-after audio engineer Richard Furch, who has mixed numerous Grammy Award-winning songs and albums for artist such as Prince, OutKast, Chaka Khan, Boyz II Men, India.Arie and countless others, mixed Black Rose in its entirety. Furch ran all of Tyrese’s lead vocals through his hardware Tube-Tech CL1B compressor to give them the beautiful high-end sheen that his millions of fans have been singing along to since the album dropped.

For the last four albums Tyrese has been wedded to tracking with a Sony c800 tube mic paired with an Avalon mic pre/compressor (with the “Babyface” mod for faster attack time). Furch recorded most of Black Rose in Tyrese’s Matrix Decoded studio, with more recording done by Andrew Hey. 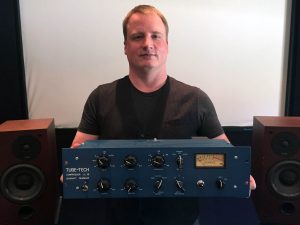 That combo is very popular, and it gives the vocals a good, ‘forward’ sound,” said Furch. “However, it also gives them a rough, brash-sounding high end. I’ve found that if I just tap the Tube-Tech CL1B (just 1dB to 3dB of gain reduction) it makes the vocals leaner and beautifully highlights all of their details. It’s like it puts a satin glove on the high end. In addition, using the CL1B made Tyrese’s vocals so articulated and smooth that they required less equalization as a result. All-in-all, the Tube-Tech CL1B puts a ‘blanket of awesome’ on vocals.”

Furch has used the same trick with many other artists, such as BJ the Chicago Kid, India.Arie, and Marvin Priest. Because he’s almost always using compression to bring elements of a mix forward, Furch favors fast release times, and his use of the CL1B is no different. For Tyrese, he used a medium attack time with a mild ratio in the neighborhood of 3:1. He configured all of his settings in manual mode.

“More and more pop and R&B artists are starting to track with the Tube-Tech CL1B to get that particular sound right from the start,” Furch said. “They’re usually paired with a U67, an M147, or a C12 microphone and a Neve-style preamp.” For now, Tyrese is riding a colossal wave of enthusiasm for Black Rose and audiophiles have taken note of just how great the album sounds, song craft aside. Indeed, Tyrese and Furch appeared on recent installments of Pensado’s Place – “The Charlie Rose of Audio” – to discuss the making of Black Rose. And given its success in light of Tyrese’s “threat” that it would be his very last studio effort, it will be hard for Tyrese to resist the pressure (and temptation) to bless the world with another album. We can only hope!

Learn More About CL 1B